One of the first car brands in the world, Cadillac was founded from the original Henry Ford Company, the first company Henry Ford started. Established in 1902 and named after Antoine de Mothe Cadillac. General Motors purchased the company in 1909. The Cadillac logo represents the Cadillac Coat of Arms. Cadillac has seven assembly plants throughout the United States as well as a factory in Shanghai.

Cadillac is General Motors premiere luxury brand and has been since the beginning. It has always had a reputation for exacting quality and reliability. Cadillac prides itself on its history as an American luxury automaker and takes pride in its innovative craftmanship.

Several crossover SUV’s are offered in the Cadillac lineup. Starting with the smaller XT4 and going up to the full-size Escalade, there is a variety of sizes and seating arrangements.

The sedans also vary in size and performance. Each sedan model comes in three or four different trim packages so you can pick the right size car with the appropriate specs for your needs. Do you want power and speed or fuel efficiency? Whichever you prefer, there are options available.

Classic Cadillacs include the Town Car, Eldorado and Coupe de Ville. The Coupe de Vile was standard in the company lineup until 2005.

Cadillac has an extensive racing and motorsport history. Today, Cadillac spends it racing time in the IMSA Weathertech Sportcar Championship. Unlike typical racing series, this one focuses on teams racing prototype vehicles.

ShipCar24 offers both open and enclosed transport options for shipping your Cadillac across the country. Pricing can vary depending on the size of the vehicle as well as shipping destination. Smaller cars, such as the XT4, cost less to ship than an Escalade. Smaller cars are much easier to load onto a trailer. Contact ShipCar24 today for more information and a free quote. 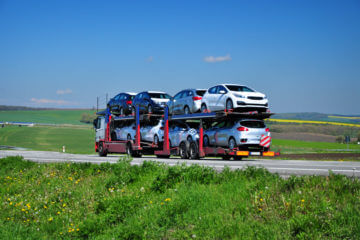 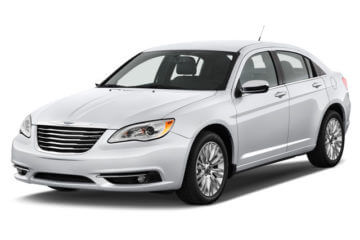